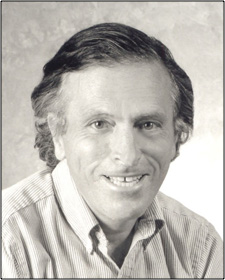 The Sigman Lectureship Award was established in 2002 to honor the memory of David Sigman, Professor in the Departments of Biological Chemistry and Chemistry and Biochemistry. Dr Sigman was a former Associate Director of the MBI and a leader in the field of chemical biology. His work uncovered the existence of nucleases and illuminated the molecular mechanisms of catalysis.

A permanently endowed fund, establishing the Sigman Lectureship Award was made possible by contributions from over 200 of David’s colleagues, friends, and family, in addition to corporate donors such as the Amgen Foundation, Eli Lilly and Company, the Bristol-Myers Squibb Foundation and Raytheon Systems Company. The award is presented as part of a scientific symposium, involving presentations by guest speakers and students and culminating in a keynote address by the Lectureship Award recipient.