Originally from the suburbs of Philadelphia, I attended Penn State University where I studied Biochemistry and Math. Starting in 2014, I worked as an undergraduate researcher with Professor Scott Showalter to biophysically characterize proteins involved in the miRNA maturation pathway. I graduated from Penn State in 2017 and began my graduate studies at UCLA where I am currently. My research at UCLA, under the guidance of Professor Ken Houk, involves the computational investigation of enzymes and catalysts to model the factors that control their activity. I am an avid runner in my free time and recently completed my first half-distance Ironman triathlon. 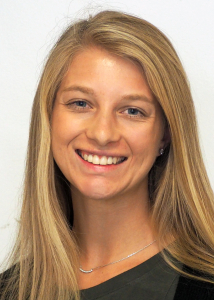 Ashley Julio is a fourth year Biochemistry, Molecular and Structural Biology (BMSB) student in Dr. Keriann Backus’ lab. She received her B.S. in Biology-Chemistry at Point Loma Nazarene University, where she developed strategies to utilize the procapsid of bacteriophage lambda as a drug delivery vehicle in the lab of Dr. Kristopher Koudelka.

At UCLA, Ashley’s research employs chemical proteomics strategies to uncover the functional impact of labeling RNA-binding proteins (RBPs) with cysteine-reactive chemical probes. RNA-binding proteins are crucial for various biological processes and are implicated in several diseases, particularly neurodegenerative disorders, but have not historically been a major focus for small molecule drug development efforts. Although previous chemoproteomic studies have revealed that RBPs are amenable to labeling by cysteine-reactive covalent probes, these studies have not defined the functional consequences of said labeling events. Ashley’s research has shown that covalent modification of RBPs with these probes can dramatically alter that RNA-RBP interactome, both by blocking RNA-RBP interactions and by initiating degradation of RBPs. Ultimately, these findings should aid in the prioritization of sites within RBPs for drug development, as well as expand our understanding of the functions of individual RBPs. 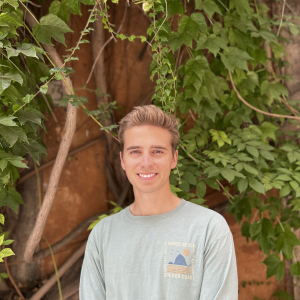 Alex’s graduate work leverages the recent advancements in cryo-electron microscopy (cryoEM) to resolve high-resolution structures of the proteins that drive assembly and replication in double-stranded RNA (dsRNA) viruses. Because dsRNA is alien to eukaryotes and thus a useful inducer of the antiviral response, these viruses have evolved to transcribe nucleotides at transcriptional enzymatic complexes (TECs) within their proteinaceous capsids which simultaneously undergo large architectural changes. Alex investigates this dynamic within complex dsRNA viruses, like the economically important aquareovirus, to determine how their TECs and capsids change throughout their lifecycle. He has also characterized a minimally complex dsRNA virus which he plans to use as a model to probe the rules of intracellular replication amongst these ubiquitous pathogens.

Cody Gillman is a fourth year Biochemistry, Biophysics and Structural Biology (BBSB) graduate student in Dr. Tamir Gonen’s group. Prior to UCLA, Cody was a research technician at Caltech in the lab of Dr. Bil Clemons where he studied the structure of membrane protein complexes involved in the N-linked glycosylation pathway.

Cody’s graduate research focuses on structurally characterizing how toxin molecules are able to modify the function of membrane proteins. Despite nearly half a decade of research, very little is known about the mechanism of action of the toxin molecule palytoxin (PTX). When cells are exposed to PTX, they become irreversibly depolarized because PTX targets the ion pump Na,K-ATPase and converts it into a passive cation pore. Cody determined a MicroED crystal structure of PTX bound to a short chain variable fragment (scFv) and molecular docking simulations suggest PTX adopts the same fold when bound to Na,K-ATPase. These findings will contribute to the development of molecular agents that can treat cases of PTX exposure. 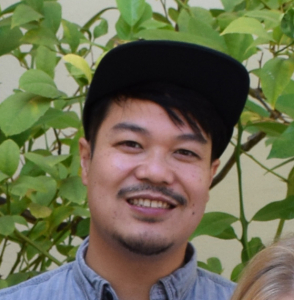 Troy’s current research uncovered that protein arginine methyltransferases (PRMTs) can be active at conditions below physiological body temperature, ionic strength, and pH. Utilizing his current in vitro findings, Troy is investigating how these conditions alter PRMT activity in vivo and why PRMTs are overexpressed in cancer. Additionally, Troy is interested in understanding how posttranslational crosstalk between arginine methylation and serine phosphorylation can regulate biological processes.